Truth on Why You Should Avoid Frozen Food 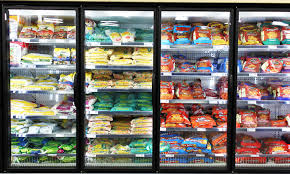 In this fast-paced world where everyone is rushing to get their things done, not many have the time to slice through their fish one by one as well as measuring if the meat they are about to minced is of equal square. Don’t even talk about going to market and buying fresh-slaughtered meat from the butcher. Everyone is trying their best to outrun the time and now no one has the time to enjoy cooking like in the old days.

In order to solve this problem, frozen food has been introduced to the market and food industry to make it easier for the working people to still have a heavy meal being done in short period of time during their working days. Well, there is definitely no harm in eating frozen food once in a while but to make it as a habit? You might want to talk about it with your nutritionist later and hear him give a full lecture as to why you should not consume frozen food as often.

So, here comes your nutritionist. Based on a research conducted in Delhi, it is not the process of the food becoming frozen which is the harmful one, but it is the method being used to make it lasts longer, organic, fresh and authentic which are the real evil. Why do I say so? 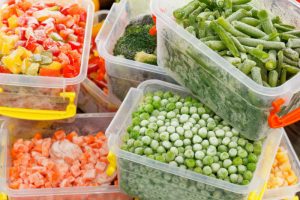 It is because frozen food could increase the risk of you getting diabetes in the future. This is due to the fresh starch being used in order to maintain the taste and texture of the food. And starch itself is one of a glucose chain where it acts as a polymer. This preservative including corn syrup are labelled as carcinogenic where its high sodium content will likely to harm your body. These extra sugar has a high possibility of augmenting the chances for you to get diabetes which in return could bring harm to your body tissues.

Another risk which is expected to come with the frequent consummation of frozen food is the heart disease. Bear in mind that this packaged food shall come with trans fat and with this trans fat, it will likely be that your heart will contract, thus leading to heart disease. Your arteries might also become clogged due to the fat. Your LDL cholesterol level will also increase by time. Besides that, the excess sodium which is being used to preserve the food will also bolster your cholesterol level as well as blood pressure.

Another worth-mentioning negative impact of this frozen food is that it gives you the risk of getting cancer. The most common cancer which is associated to this frozen meal is pancreatic cancer. Excessive consummation of this food, especially hot dogs and salamis could augment the chance for you to get contracting cancer to almost 70%.

In conclusion, we, as consumer should try our best to avoid this packaged food, no matter how hygienic it looks, how good it tastes like and from whichever country it was imported from. Be it online supermarket delivery malaysia, Singapore or even New Zealand, let’s be picky in what we eat in order to maintain a healthy lifestyle throughout our lives.